Paatal Lok, the recently added web series streaming on Amazon Prime belongs to what I call as the “Anurag Kashyap” genre of cinema. Dark, dense, deep, disturbing and at times depressing but gripping.

Created by Sudip Sharma, the team of writers (Sudip Sharma, Sagar Haveli, Gunjit Chopra and Hardik Mehta) bring the nexus between Hindi heartland politics, police, media and criminals right in front of us without any air brushing. Along the way, they touch upon the many social ills that plague our society these days. From caste oppression to homophobia to fake news to class divide to religious divide to crimes against women to child abuse to Cow Vigilantism to caste politics, there is hardly any recent societal issue that Paatal Lok hasn’t touched or showed in graphic detail. Oh yes, perhaps they missed the “Metoo” issue though there was a clear opportunity! 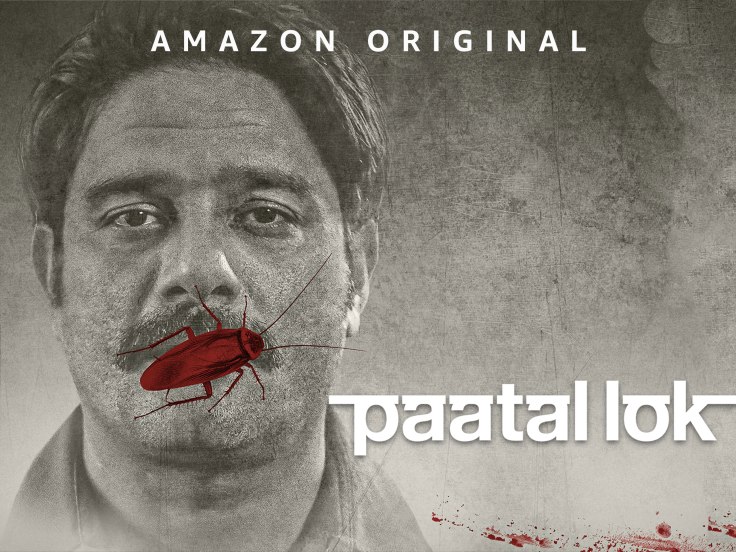 The story and screen play apart, the high point in Paatal Lok as per me, is the casting. Almost every character in the nexus chain that includes the main protagonist ( Investigating officer), his boss at the police station, the IB officer, the criminals, the TV anchor and his reporter, the anchor’s bengali wife and so on are perfectly cast. Neeraj Kabi, who played the celebrity English TV anchor is another revelation. His transformation from a Rajdeep Sardesai type in the beginning to Arnab Goswami type at the end is interesting and he depicts it very well!

As I mentioned earlier, for the very talented Jaideep, this is a role of a lifetime and he latches on to it completely. He portrays the role of a frustrated cop aptly. A great actor uses his/ her eyes, voice and body language to convey the right emotion for a particular scene. And if you need lessons on the same, Jaideep provides that here, scene after scene. Just notice his subtle body language variations when he is disappointed, when he is vulnerable, when he is confident, when he is aggressive and so on.

The writing is very earthly, capturing the local lingo of the heartland as the story travels from Delhi to Haryana and the badlands of Bundelkhand. But one major issue I have in the whole series is littered with the choicest profanities!

The format of a web series also gives an opportunity to the makers to indulge themselves. So, characters that don’t necessarily value add to the narrative and scenes that are depressing but avoidable get added. Here too we have such instances.

In the opening episode there is a scene where Jaideep explains about three types- Swarg lok (where privileged elite live, Darti lok (where Aam admi dwell) and Paatal Lok (where the criminal /underworld operate). The series holds a mirror to the society where people straddle from one world to another easily! Almost all characters are shown as flawed but with different grades.

Watch Paatal Lok if you are a fan of the Anurag Kashyap genre! And for a conducted tour into heartland India in its darkest colours.