This piece was originally written for the news portal “The News Minute” and was carried on 7th Oct, 2022. The link to the piece is here: 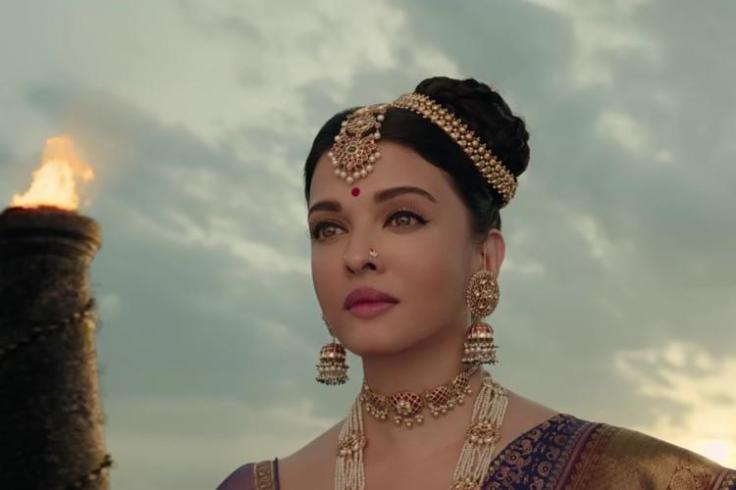 It has been a week since Mani Ratnam’s Ponniyin Selvan-I hit theatres across the globe, and the chatter around the film on social media remains unabated. By and large, the film has received positive reviews from professional critics. I say “professional” to highlight another class of reviewers, the ‘pothu janam’ (general public), who put out their views on social media. In fact, even as PS-1 is all set to break a few box office records, if there is another new record it is likely to break, it will be that of being the film most reviewed by pothu janam reviewers so far in Tamil cinema. Ever since the movie was released, social media timelines have been flooded with PS-1 reviews of all hues. In my recall, there has been no other Tamil film that has seen so many reviews, mostly well-articulated at that.

Come to think of it, one has little reason to be surprised by the kind of response PS-1 has been receiving. Expectations from the film were already sky-high in the run-up to its release, and the aggressive promotions the team undertook only perked up the buzz around the film. If you consider just the Tamil viewers who were looking forward to the film with great excitement, you can bunch them into four categories.

First, there are those who followed the Ponniyin Selvan story every week way back in the 50s, when it first came out as a serialised novel in the Kalki magazine. A generation of senior and super senior citizens, who still have fond memories of the novel. Their health permitting, they wanted to watch the film to brush up on those memories, and watch the novel they have been cherished for a long time unfold on the big screen.

The second group of people comprise those who didn’t or couldn’t read the Ponniyin Selvan story when it came out in Kalki, but ended up hearing about it later. Subsequently, they made it a point to read the book once or a few times. This group has been in a rather judgemental mood, wanting to see if Mani Ratnam passed the Ponniyin Selvan exam. If I may point out, the very starting point for this group’s perusal of the film was “How can anyone, leave alone Mani Ratnam, make Ponniyin Selvan into a film?”

Then there is the third group, which belongs to the same generation as the second, but hasn’t read the novel. At most, they may have read a portion of the book or listened to the audio version in parts. There are no book markers for this group. So their expectations were shaped by the buzz the film generated, and they simply wanted to see what the hype was all about.

Then we have the fourth group — a very large one consisting of cinephiles. Among them are the admirers of Mani Ratnam as a filmmaker, as well as fans of the film’s cast members. They would have wanted to watch the film anyway.

A film being subjected to such anticipation from different quarters is unique to begin with. And now that PS-1 is out and we have seen the response to it, we can say that the film has managed to meet the expectations of three of the above four categories quite well. Three of these groups have given a thumbs up to the film, and the box office performance of the film bears testimony to that.

The one group that has not taken well to the film, meanwhile, is the second group, which was to be expected. Being either dedicated bibliophiles or ardent aficionados of Kalki and the Tamil language, most of them have read the book more than once and have entire lines from it visually imprinted in their memories. Their critical views have mainly come from how the film has twisted the flow of the story, had to drop what they feel was important events/scenes, and omitted certain characters in this part (such as Kudanthai Jothidar or Manimegalai). There is also an opinion among this group that the casting of the principal characters has gone wrong. This viewpoint has frequently emerged in the various social media reviews posted by this set of people. Some of them have even gone viral.

The other three groups of viewers though, do not have such qualms and have taken to the film well. Thanks to their response, the upsides have been many. First, in Tamil Nadu, it has been widely reported that PS-1 has brought back a new set of viewers, namely the super senior citizens, to the theatres after a long while. So much so that if reports are to be believed, taking a cue from PS-1, the makers of the upcoming Prabhas film Adipurush have planned to include senior citizens as part of their target audience.

Second, the younger ‘Generation Z’, who has not read the book and has little to no idea about the storyline, has seemingly accepted and appreciated the film for what it is. Among them, some are even hitting the theatres for repeat watches in a bid to understand and appreciate the film better. Some also want to experience the film on IMAX, having watched it on a normal screen the first time. They also do not want to wait to catch the film on the OTT platform. This being a new trend, it will be interesting to look at the number of repeat viewers in theatres for PS-1.

Third, PS-1 has managed to get families, that too with more than two generations together, to the theatres. This is a trend not seen of late, even for Tamil movies featuring megastars.

The fourth upside is the response the film has received among the Tamil diaspora. While Tamil films featuring megastars have always received a huge response among Tamils overseas, PS-1 seems to have found an extra set of audience abroad too. After two years of travel restrictions due to the COVID-19 pandemic, many parents of IT and other professionals living abroad finally got the chance to travel and be with their kids this year. Usually, these elderly people are not expected to be so enthusiastic about watching a film during their travels, even if it features a megastar. With PS-1, however, their enthusiasm has been very high, which explains the record-breaking overseas collection figures for the film so far.

Lastly, there has been a rather soft upside — the ripple effect that PS-1 has caused among non-Tamils in India and abroad, thanks to the high buzz around the film. In an attempt to position the film as ‘pan-Indian’ in the run-up to the release, the PS-1 team’s promotions consisted of efforts to bring the pre-eminence of the Chola era and so on to the fore. This positioning has not worked well, going by the lackadaisical response to the film in the Hindi belt. However, what it has successfully done is create some kind of awareness of the novel called Ponniyin Selvan and its author Kalki, even among non-Tamils.

The only downside, though not for PS-1 perse, has been that other Tamil films have pushed back their releases till Deepavali.

Looking at the other aspects of the film, music by AR Rahman has attracted a lot of chatter — both for and against. Many felt that the songs and the background score are top-class in isolation, but not in sync with the setting and era of the film. Rahman mentioned during the audio release that the musical concept for the film went through a few iterations, and finally Mani Ratnam gave his nod to the one that was conceived while in Bali, after a lot of research. We can see that, for example, the initial “chek chek chek” chorus in the Devaralan Attam song is inspired by the Kecak dance, a form of Balinese Hindu Dance that was practiced in Bali, Indonesia in the 1930s. However, does it ring a bell with the Chola era is a question being raised by many.

The sort of polarising response notwithstanding, Mani Ratnam has succeeded in setting up a solid foundation for Ponniyin Selvan-II. For all those who have watched PS-1, a sense of closure can be achieved only when PS-2 is watched, thanks to the many untied knots in PS-1. This augurs well for a guaranteed positive response for the film’s second part, slated for release in 2023. In the end, whichever route the social media chatter takes, one thing is very clear. As far as Ponniyin Selvan is concerned, one can love it or hate it, but can’t ignore it.

2 thoughts on “Ponniyin Selvan and its aftermath!”