First the disclosures. I have not watched Forrest Gump. I watched Laal Singh Chaddha (LSC) in isolation as a film and my review has no comparative references to the original. I have also attempted to look at the film filtering the surround sound that preceded the release. 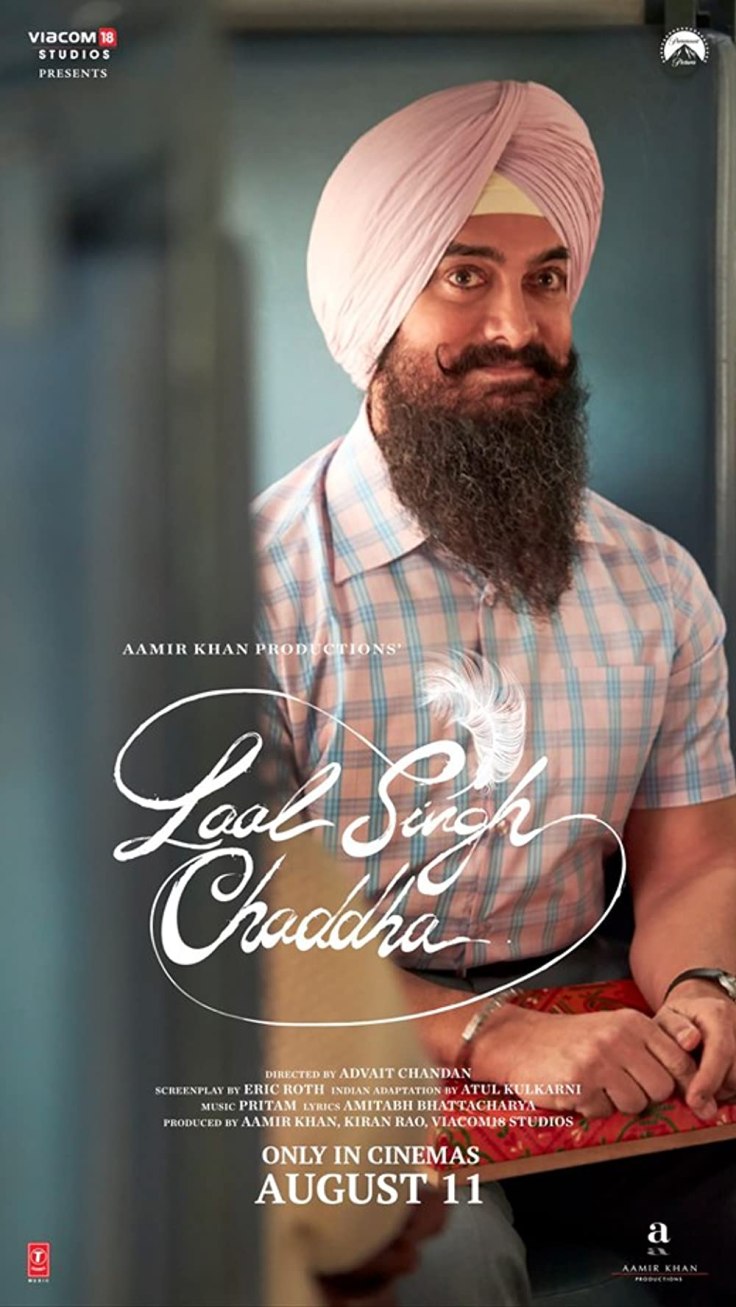 The film opens with the longest disclaimer I have seen in any film with even a voiceover going through it word by word. You soon understand the reason for it. The storytelling is in the form of the hero Laal Singh Chaddha played by Aamir Khan narrating various passages of his life right from his childhood until then, to his co-passengers in a train. And the passages include some politically sensitive events that took place in India’s history during the period 1983 to say 2014 like the Operation Blue Star, Delhi riots, Babri demolition, Mumbai riots and so on. Care has been taken to not ruffle many feathers in choosing these events.

The story is about Laal who is supposedly “not smart and not normal” as other kids but who keeps winning just because of his sweet nature. The story in parts is also about his girlfriend and Laal’s love interest from childhood Rupa D’Souza played by Kareena Kapoor who has her own ups and downs in life. She keeps coming and going in Laal’s life from the beginning to the end at different stages but has a predictable character arc. She along with his mother are the ones who are in support of Laal.

The nature of the story makes it dragging. The film is full of stretches that are unbelievable and we keep going from one too good to be true stretch to another. Like a stretch where Laal who is a jawan in the Indian army saves the life of a Pakistani soldier in the midst of the Kargil conflict and the Indian army treats that soldier without realising the identity of the Pak soldier. There are more stretches like this throughout the film. Therefore, the film seems like a fairy tale set in a fantasy land.

Coming to the performances, we have always known Aamir to be a fine actor who gives all his best to the role. In LSC he tries too much. He apes his own tricks from Dhoom – 3 and PK and ends up being a caricature. He acts little and overacts more. His dialogue delivery style replete with “hmmming” throughout the film starts irritating after a while. Kareena does a better job but is done in by some poor makeup in most of the frames.

The best among the cast is Mona Singh who as Aamir’s mother plays with the right meter looks wise and performance-wise at every phase. Among the supporting cast, there is also Naga Chaitanya who is Laal’s friend and a soldier. His repeated “Chaddi/Banyan” references which are comical in the first instances, end up being irksome later. The one smart thing though is how the brand name for Chaddi/Banyan gets connected with Kareena’s character name!

Frankly, Director Advait Chandan has tried to do his best from the making point of view. The film on the whole is a visual delight. The locations, the frames, the angles and the filming in different eras are top-class. Camera work by Setu is outstanding and the visuals from Kanyakumari to Ladakh are stunning, creating an urge to do a road trip covering the length and breadth of India. The short war scene in particular has been filmed really well. But the director seems to be not in control of the writing and the length of the film overall. Some of the scenes go on and on. The film just doesn’t end only. Pritam’s songs are very good adding to the poignancy of the storytelling and so is the background score of Tanuj Tiku. The choice of using poises judiciously instead of filling with music in every frame works well.

The use of SFX is by and large good which is evident right from the opening scene with the swirling and floating of a white feather. What is terrible is the digital de-aging technique used for Aamir, Kareena and even Shah Rukh Khan (in a cameo) for their youthful looks.

Overall, I would still say that the premise of the film isn’t bad. Those who like mushy, feel-good and emotional films may still like LSC. But for mass consumption, a tighter film written with more realism with Aamir just acting his age without the grunting and hamming leaving the youthful parts to younger actors probably would have landed well. The film has its poignant moments that touch your heart.

Laal Singh Chaddha is Aamir’s long-drawn labour of love that is lovable in short stretches and laborious in long stretches. It’s an o.k watch. Does it deserve a call for a boycott? Certainly no.