If you were an Engineering student, now in your 30’s, lived in a hostel that too in Tamil Nadu, got ragged and ragged others, had your share of fun during student life but without studying, spent time participating in Cultural fests, eyed girls or boys and now sort of settled in life and in career,  you will just love this Malayalam film, Hridayam.  For, this film is just a portrayal of the passage of life of a Malayali youngster from the time he steps into an Engineering college and the following few years.  Before Malayali youngsters went to Bangalore for IT jobs, they came to Chennai for doing Engineering. So, aptly this film is mostly set in Chennai. 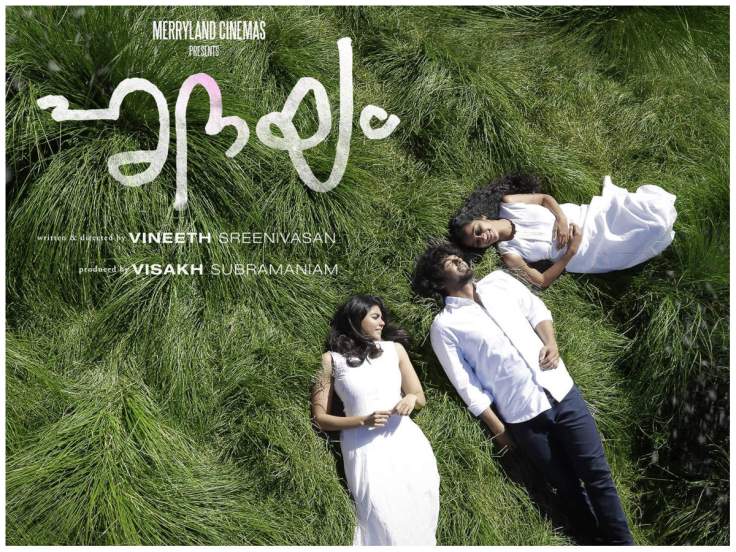 Hridayam doesn’t have a definitive story line. Boy meets Girl and vice versa, fall for each other in first sight, have a fall out, boy then sulks and drifts apart, suddenly redeems himself, passes out with merit, lands an IT job (what else?) in campus, gets bored in life, goes after his passion as a job, meets another girl, gets married, has a kid while counselling his Ex in between to move on and find a life for herself! Yes, the story line is as clichéd and old fashioned as this. But what holds the film is the nostalgia it whips up at each step and scenes that you may relate to.

I found the film moving very predictable and at 3 hours, too long. But what held my attention was the outstanding music. The film has more than a dozen tracks and come as whiff of fresh air. Music Director Hesham Abdul Wahab dips into Carnatic music for the songs and the background interludes. In particular, the Abheri phrase inspired by “Eppadi paadinaaro…” which he has used in the college day scenes continues to ring in your ears much after the film!

The writing is very lazy and casual. There are no scenes to explain the transformation of Pranav’s character at different stages. But he keeps transforming. In trying not to miss familiar campus tropes, Director and writer Vineeth Sreenivasan packs in a lot of scenes which do not take the film ahead but adds to the nostalgia quotient.  I conjecture that Vineeth has tried to pack a lot from his student days.

Pranav Mohanlal whose coming of age is what the film portrays, comes of age as an actor in this film, finally. He plays the Prince charmer in the initial frames with ease and then as the role gets serious, he also transforms himself. The film equally belongs to Darshana Rajendran who is a delight to watch. For a change she doesn’t have to play the role of a traumatised or disturbed girl which we are used to seeing. She activates the “emotion meter” perfectly as per the situation and I wished her character was also given more attention. The other girl Kalyani Priyadarshan has lesser screen time and is a walk in the park role for her.

Hridayam is a feel good film which you can just watch in a very relaxed setting. Beyond that, I am unable to relate to the brouhaha about the film, my own familiarity of the campus setting, notwithstanding. Watch it for the great music, the performances and probably for re-living your college times. After a very successful theatrical release, Hridayam is now streaming on Disney Hotstar.

One thought on “Hridayam – My Flash Review!”