Cold Case is a Malayalam film that has recently dropped on Prime Video.  The well cut trailer promised an interesting film where the genre overlapped between being a murder mystery/investigative thriller and a Super Natural thriller. While watching the film, it is clear that the film fell victim to this overlap. 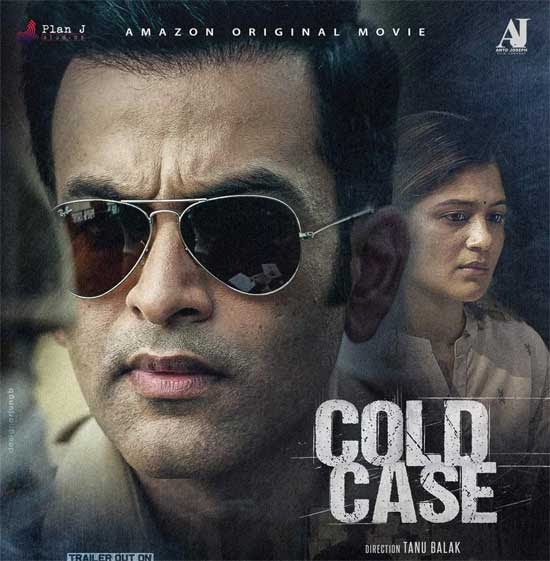 A skull is discovered in a waterbody suddenly and that becomes the starting point of investigation for the police to get into the Who, What, Where, When, How, By Whom and Why of the crime.  In a parallel track, we get to see an investigative TV journalist who works on paranormal stories for her TV series. She moves into a new rented accommodation and she is led into strange happenings in and around the house which at some point of time is linked to the same skull case which the police is investigating.  The police investigation moves systematically based on clues and evidences and picking up threads one at a time. At the same time, the parallel quest (not an investigation by any stretch) of the journalist follows some directions of a practitioner of witchcraft.

The narrative switches between these two tracks and for an investigative thriller moves in an extremely easy pace. The police investigation thread is quite interesting as they use procedurals and forensics to move from one clue to another. In a funny scene, one of the investigating cops refers to the “Drishyam Model” while talking about how the mobile phone is abandoned by the killer! The cops use a lot of acronyms like FSL, SHO, MO and so on to keep the proceedings real.

It is the other thread which pulls down the film where you find old fashioned eerie sounds and symbols like a baby doll and stuff. And the centre of it all there is a “Cold Case” – meaning an old style single door fridge! The makers try to do quite a bit of scare mongering in this stretch like odd close up shots of Gas flame and the Freezer and some random water flooding in the house and so on which works only half the time. Towards the end, the twain does meet when the motive of the crime and the killer are established in a very convoluted climax. There is no justifiable explanation or a back story to the motive of the killer which is a huge let down.

Having said that, the film for most parts keep us engaged while the investigation goes on. Prithviraj as the ACP heading the investigation is impressive. But the role restricts him to be completely uni-dimensional as a serious, single minded cop. Aditi Balan who had made a fine debut few years ago in the Tamil film Aruvi is the investigative journalist. She has a lot going in her life being a single parent of a girl child, a divorced marriage and a not so charitable boss at work but she displays a very calm and cool demeanour throughout even when a lot of scary things keep happening around her.  I wonder if she chose to play the role that way or her character was written that way. In any case, you would expect an investigative TV journalist to be super hyper most of the times. Her dubbing is out of sync and is surprisingly not corrected at the edit table.

The film sticks to the plot strictly without any distractions of needlessly thrust love/family affairs for the leads which is welcome for this genre. The cast also includes Suchitra Pillai as the blind occult practitioner. Her ‘Scrying” sessions (which I had to Google to find out what exactly it means) turned out to be laugher inducing than scaring actually.

Cold Case is a case of the director having a good concept but tripping on execution with the screen play. If only Director Tanu Balak (apparently his debut film) and his writer Sreenath had spent some more time on the screen play it would have turned out to be a good investigative thriller film. Now it ends up being an above average film that works in bits and pieces.  A probable one time watch for the intent.