After Bahubali, this must be the most anticipated sequel in Indian cinema. So much so, feedback on the film started pouring in as early as 3 AM on Friday after the film dropped on Amazon Prime at midnight!  While in Bahubali, the anticipation was over Kattappa ne Bahubali kyu maara?, here the anticipation is over what is going to happen in the sequel. For, in Drishyam-1, we were made to believe that a perfect crime is possible to be committed and everything was seemingly done and dusted. 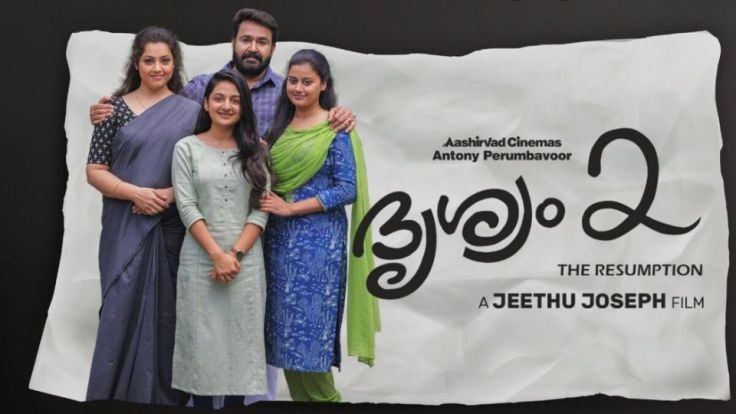 Drishyam -2 starts with the premise that no crime can be perfect after all.  And who is aware of this fact than George Kutty himself, the main protagonist who made everyone believe in Part -1 that he pulled off a perfect crime. And this aspect is the most interesting aspect of the film as George Kutty continues his game of one-upmanship.

Just like part -1, till about the interval break, the film moves very slowly with everyone seemingly going about their businesses. There are scenes and incidents which seem like slice of life but which gain importance as the plot unravels in the latter part of the film with an unexpected twist. Can George Kutty who managed to weave a web of deceit in Drishyam -1 do an encore when police come calling, is the story line.  Since I don’t give out spoilers in my reviews, I will leave it there.

First of all, it is an audacious attempt on the part of Director Jeethu Joseph to attempt a sequel of a film which was an universal hit in India in all languages it was released. For part -1, there was some source material in the form of a Japanese novel on which that was based on.  Here, the only reference is his own previous film.  It gets tougher as you have the onerous task of retaining the core theme while taking the story further which we all thought is already over.

The Director constructs the setting in part -2 beautifully retaining some characters from part -1 while adding a few new characters where required. But he ensures that the core of the film is intact.  Jeethu also showcases very nicely how the world around George Kutty has evolved in the last 6 years since the first part and with that, the way the society view him now.

The essence of this film is the writing. And it is credited to the Director Jeethu Joseph himself.  I must say that he has pulled off a stunning story line which no one could have imagined for the sequel. While thinking back now, one can spot a few gaps in the plot but none of it is visible while the film progresses and that’s a win for the writer.  The first one hour of the film tests your patience but only because you know that it is a Drishyam franchise, you patiently wait for the twist to happen after which there is no looking back. The film is not flawless, the plot points a bit contrived but all those don’t come in the flow of the film.

Mohanlal as George Kutty is just amazing. In this part, the character is supposed to be confident bordering arrogance while retaining the “family man” exterior from the 1st part. Mohanlal in a fitter avatar in this, brings this transformation on screen so well that you doubt if any other actor can pull this off so effortlessly. Among the other cast, Murali Gopi as the IG impresses with his matter of fact performance and of course Meena continues where she left in part 1 as the concerned mother and doting wife.

Now that Drishyam -2 has come out well, I am sure this will be re-made in other languages as well like Drishyam-1. It will be interesting to see if Kamal who was part of Papanasam in Tamil will be available for Papanasam -2.

The film ends with the most acceptable climax that would keep all sections happy and tries to bring a closure from all angles. Well, almost.  The most anticipated sequel matches up to the expectations and doesn’t disappoint. A must watch for the sequel’s story line.