Skip to content
Soorarai Pottru is a story of an underdog who dreams big, goes through a lot of struggles on the way and finally manages to win at the end. This “one liner” may be similar to many of the mass hero films we have seen in the past, the only difference being, this is loosely, in fact very loosely based on real life events as documented in Capt. Gopinath’s book “Simply fly”. The hero in this film, dreams of an Udupi hotel in the sky which has thus far been dominated by star hotels. 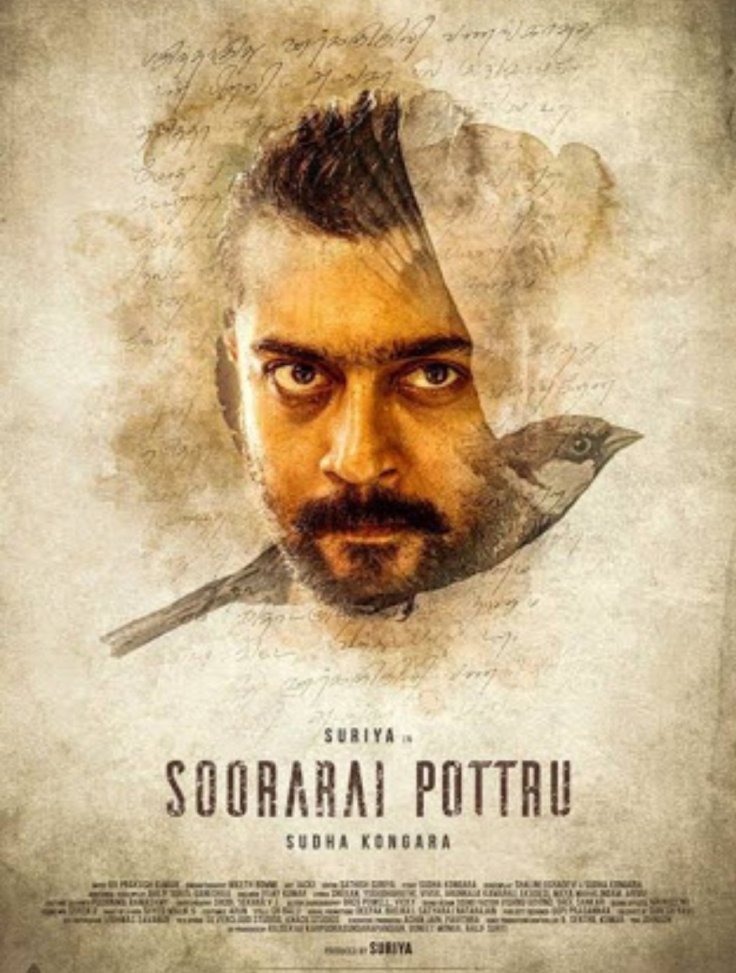 Capt. Gopinath in his real life of achieving a similar dream had to go through many hurdles including corporate rivalry. The same is shown in the film but with a lot of magnification. In the film, the events leading up to the first low cost airline flight are overly dramatized much of it being purely cinematic, lacking realism. The opening scene of the film itself is a very good example of this.
The take-off of the film is quite patchy and the film actually picks up pace and engrosses you only after about 20/25 mins. Once the director Sudha Kongara who also has done the screen play gets to the point of the hero’s dream of launching a low cost airline, she is firmly in control, cruising smoothly and lands nicely at the end. In fact, the director ensures that Surya’s wife character Bommi, played brilliantly by Aparna Balamurali gets an equal footing in the hero achieving his dream. I have not read the source book and I am not sure if Captain Gopinath’s wife character is similar to that in the film.
Being based on real life events on and off, you can relate to some of the other characters who are part of the film. The main villain’s name is Paresh Goswami (Strange surname for a Gujarati) and it is not a coincidence that it rhymes well with Naresh (Goyal) of Jet Airways fame. Paresh Rawal, an otherwise fine actor is reduced to a caricature in the film playing this role of Paresh Goswami. I don’t know why Tamil cinema has this fetish for bringing in Bollywood actors to play villain roles while mouthing Tamil dialogues. And incidentally he also wipes his hands with a sanitizer after shaking hands with the hero just like Jackie Shroff does in Bigil!
After putting his heart and soul in films that somehow didn’t click at the box office of late, Suriya puts up a fine performance as Maara who is determined to succeed. His passion and the pain show in the eyes. But more than Suriya, I would say that the show stopper has been Aparna. Sudha writes the character not as a typical heroine of Tamil films but as a girl who has a mind of her own that rests in mature shoulders. She aces this brief with a controlled performance that comes as a pleasant surprise.
I still felt that the pace of the film could have been faster and at two and hours length, the film is bit too long. As I mentioned earlier, the film takes a while to come to the point trying to set the context of the film. The second half makes it up and towards the end, all is forgotten.
Sudha Kongara comes from the Mani Ratnam School but her film making style is quite different from her Guru but for some resemblances to his style in the way the Aparna character is written. Overall, Soorarai Pottru is a good watch but not a great watch as it is touted to be. Watch it for the story!