(This piece was written for the news portal The News Minute and and was published first on 12th of July, 2020 and here’s the link for the same:

Anjali, in my book, may not feature among the top three best films from director Mani Ratnam’s oeuvre. It might not be among the top grossers among his films as well, though the film did pretty well at the box-office when it released in 1990. Yet for me, Anjali stands out as an important film in Mani’s impressive body of work.

First up, in Anjali, Mani takes up a very sensitive subject, completely different from the films he had done till then. His few films prior to Anjali were Nayagan (don story), Agni Natchathiram (urban family/love drama) and Geethanjali (romance). Not just that, Anjali was also different from the usual themes of Tamil cinema at that time, which were centred on love stories, revenge dramas, thrillers and other very hero-centric, masala subjects. But in Anjali, Mani, who wrote and directed the film, tells the story of a little girl with intellectual disability and how the outlook of the family and society around her evolves. I don’t think anyone else had talked of this before. 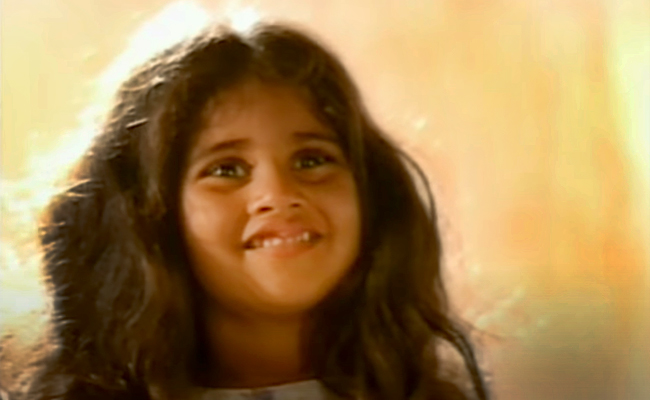 The film’s story has huge social significance even today. Through the screenplay, Mani highlights the mental pain and challenges the parents undergo in bringing up a child with intellectual disability in a very judgemental society like ours. That there is a need for maturity and sensitivity in dealing with such children is also brought about very movingly in the film.

The screenplay also beautifully captures the way the little girl Anjali gradually wins the hearts of her brother and sister, who are initially wary of treating her as their own sister. This happens after a very, very moving scene when the father (played by Raghuvaran) patiently talks to the elder son and daughter who are a bit disturbed after the arrival of Anjali into their family. I believe that Mani is often underrated as a writer but this scene clinches it. Raghuvaran, in his element in this scene, explains that Anjali is God’s child and so God decided that she would be sent to a special family with a good mother, good brother and good sister who can take care of her with special attention. And that’s how she landed up in their family. This is an object lesson in depicting sensitive scenes in a film.

The film is set in an upper middle-class family in a metro city. That even here the family has to face social stigma around rearing a child with intellectual disability is well showcased in the film. The film came out in 1990, just a year before liberalisation in India. The scenario by the end of that decade was different, after the economic boom hit the country. But, in the period up to the 90’s, Indian society in general and the middle-class in particular were extremely conservative. Even today, it probably is. But, in those days, extreme conservatism was the cornerstone of Indian middle-class living. Hence, even bringing up a child with intellectual disability would be viewed with a sense of contempt and scorn by society.

Mani brings forth this aspect extremely well in many scenes in the film like the meeting called by the apartment members to discuss the child and so on, but particularly in this one very moving scene. Anjali is brought home for the first time from the hospital. The family gets into the elevator which is not fully boxed but has collapsible gates. As the elevator goes up crossing each floor, you see neighbours watching and passing comments such as “Spastic’a? Mental case’a?” Retarded’a, Paithiyama? Veetuleye vechukka porangala? Paakave oru madiri irukku illa?” and so on. As they reach their floor, the lift man apologetically tells the mother (played by Revathi) not to take it to heart and that they were not human beings at all. Mani uses this scene to convey his own commentary on society where the privileged tend to be small-minded and the deprived large-hearted and mature, in general.

Through these scenes, Mani holds a mirror to society and emphasises the need for more understanding and empathy towards people with disabilities and their families. When I say disabilities, it could be those who with physical disabilities as well, as the society’s outlook on them is no different.

In trying to be on point as far as the main theme is concerned, the director does well to do away with the familiar tropes of Tamil cinema of the time. In Anjali, there is no larger-than-life hero. In fact, there is no hero. The hero is the little girl around whom the whole narrative revolves. In terms of the lead cast, the only known star was Revathi. Raghuvaran, who had earned his stripes as an accomplished actor by then, was still an upcoming actor essaying character roles. The only exception was Prabhu, who filled in for a bit of action and drama in the film in a guest appearance. Anjali, played by child actor Shamili (actor Shalini’s sister), was fantastic as the little girl with intellectual disability and one wonders how at that tender age she could grasp the emotional needs of a scene and perform so well when the camera started rolling.

As the scope of this piece is limited to the subject and the treatment of the same, I’m not getting into other aspects of the film.

It is to Mani Ratnam’s credit that he could take up such a socially relevant and sensitive subject and still package into a mainstream format, present it to the audience and still succeed. Thirty years since, when I watch this film now, I feel that we could do with films like Anjali even today, to jolt us out of other similar, deep prejudices prevailing in society.