This Malayalam film now streaming on Netflix, is another addition to the Psycho serial killer mystery genre in Malayalam. As you sit to watch, it feels similar to another recent hit – Anjaam Pathiraa. A lady cop leading the investigating team, investigation being driven by technical aspects rather than the traditional witnesses-evidence-questioning –leads routine and decoys on the way make it feel similar to Anjaam Pathiraa. But, beyond this, as the story unveils, so do the differences. 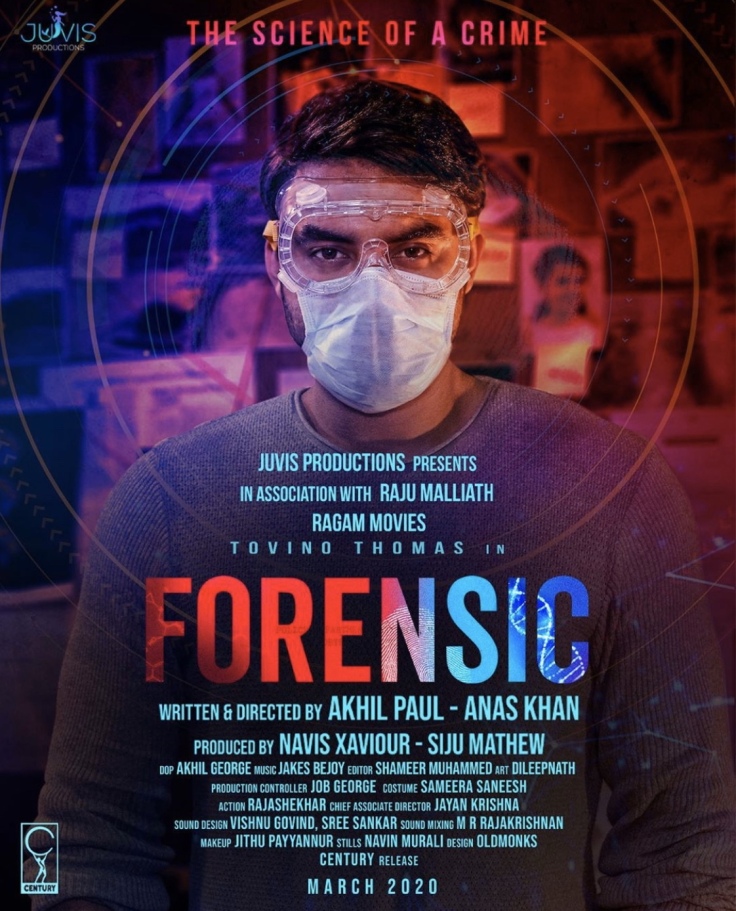 When you see acknowledgements to Forensic Science Laboratory, Trivandrum and to a few forensic officers during the credits roll, you are certain that this film is going to lean heavily on forensic aspects of the crime. It does and does it very well in a way unseen in Indian films in the past or at least what I have seen. The systematic approach to the cracking of the case by the forensic expert played ably by Tovino Thomas is the highlight of the film.  One really wonders if in real life our police goes about an investigation with such rigour using forensic science.

In the city of Thiruvanathapuram, all of a sudden very small girls are getting kidnapped and then killed. Looking at the trail, police conclude that the killer is the same and go about the investigation. When we see that the serial killer is identified and nabbed by Intermission break, we know that the actual culprit is still at large. In fact, there are surprises galore till the actual psycho killer is nabbed. The big let-down in the script is in the motive behind the killer’s random killing. The opening card which says that “Psychopaths crime doesn’t have any motive. Crime itself is the motive” (sic) – seems to have been slipped in just to take care of this weakness in the script.  But it is not at all convincing. The opening sequences in the film are gruesome and set the tone for the look and feel of the film which is at times disturbing. For a thriller, the film lacks the racy pace that is required.

Tovino is the male lead and does a competent job of the character of an intelligent forensic expert. He is earnest and to his credit, takes up the role which doesn’t have typical hero’isms. The director duo of Akhil Paul and Anas Khan must be credited for keep the screen play sans the filmi distractions like a romantic angle for male lead and song sequences. They do accommodate a few action sequences for Tovino which you can say, goes with the flow. Mamta Mohandas who plays the role of the tough and efficient lady cop is cast well as the female lead. Is it just me who got reminded of Shilpa Shetty when you saw Mamta in some angles?

The film is technically presented well. The background score is jarring at times and could have been toned down for better effect. These days, due to the technological advancement, camera work is of high quality is most films and this film is no exception.

The script leaves a lot to explain in the way the screen play proceeds. Like using all kinds of forensic tools but not a single sniffer dog at the crime scene. At the same time, the script is good enough to keep you invested in the key characters and you tend to ignore the holes in it. For an investigative thriller this aspect is what is most important and here Forensic passes the test.  Watch it for the science.