Thappad, as a film is a tight “slap” on patriarchy! In essence, on all men all over the world. Watching the film, one cannot escape the squeamish feeling you get, as at least one scene from the film would have played/ would be playing routinely in your house hold! 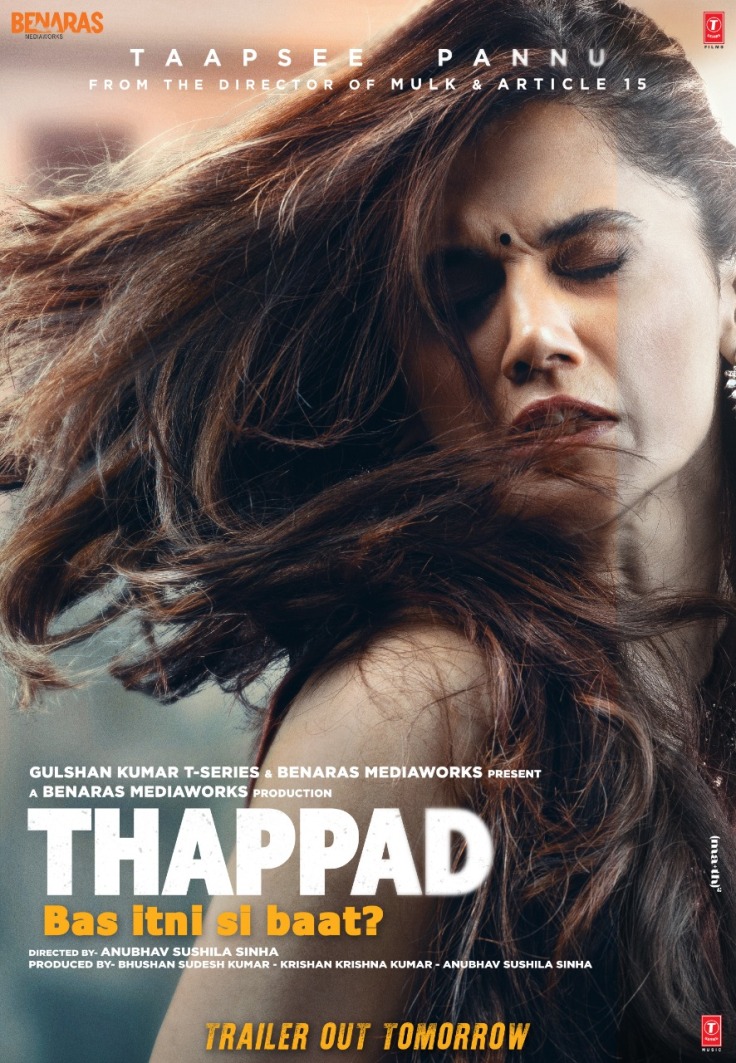 Anubhav Sinha and co-writer Mrunmayee Waikul Lagoo pluck scenes from the society’s day today life and build characters and narratives around misogyny and patriarchy in different strata of society – the underlying theme being common. That it exists and is usually wished away as normal male behaviour.

Director Anubhav Sinha after “Mulk” and “Section 15” it seems is on a roll. He has now shown penchant for picking up uncomfortable but habitual subjects that take place in society. Same is the case with this film as well. Can’t believe this is the same director who gave us Ra One once upon a time!

In this film though, more than the director, it is the writing that stands apart. Almost every dialogue turns out to be a hard slap on patriarchy not just as followed by men but also as encouraged by mothers of men and boys.

The screen play is equally brilliant.  Look at the stitching up of the characters and the sequences.  Taapsee as a non working woman in a upper class house hold (so financially not independent), a flawed but a decent husband, a loving mother in law,  Taapsee getting pregnant in between and so on. The fact that in spite of all these or in the middle of all these, Taapsee’s character opting to go separate because of that one slap in a house party pushes the theme of the story very very strongly!

Taapsee Pannu continues her fine form and in a role almost written with her in mind, displays the layering of the character as it morphs slowly from being a servile wife to a woman who has been wronged. She does this with her body language, emotions, dialogue delivery and even through her make up.

The film has an ensemble cast of supporting actors like Tanvi Azmi, Ratna Shah, Kumud Mishra, Ram Kapoor… who all resemble characters we see in daily lives and keep us engaged and invested in them.

The film ends on a very positive note with the parallel stories finding their “right” endings which to me looked a bit contrived. And Taapsee’s character continuing to strive to be a great bahu even after been dragged to the court on malicious charges seemed artificial. But then, I am just nitpicking.

“Thappad” is almost a flawless film which delivers a very hard and direct message. Not just for men but for society as a whole. After “No means No” from the film Pink, “Just a slap, but nahi maar sakta” from this film Thappad could be Bollywood’s next contribution to the cause of social upheaval! It may not be just a mere coincidence that Taapsee is part of both.

A must watch film for sons, daughters, mothers and fathers! Don’t miss.