Family Man – 1 was released without much fanfare but went on to become a very popular Indian web series. Therefore, Family Man – 2 obviously was much awaited and had created quite a bit of expectations among the viewers. For the creators, it is always a huge challenge to raise the bar for a sequel when the 1st part was an overwhelming hit. Raj and Krishna, the creators behind the 1st season of Family Man must have gone through the same pangs but, I must say that with the 2nd season, they have come out in flying colours with their reputation enhanced. 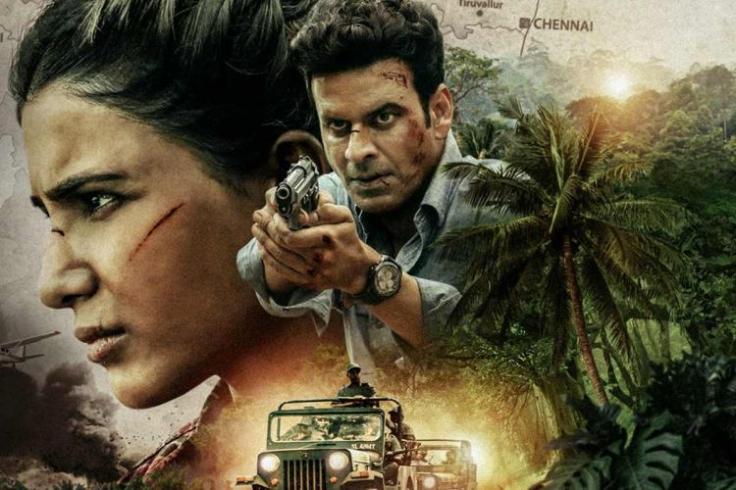 In my review of Season -1, I had mentioned that for a spy thriller genre, bringing in the family drama is a bit of a distraction and can be avoidable. In Season – 2, I don’t have the same complaint though the same theme continues because, the family is now integral part of the narrative and is quite organic.  Season -1 was a collage of News head line events woven into the Pakistan-ISI conspiracy plot on India and how the Indian intelligence works behind the scenes to thwart the threats on an ongoing basis. In this season, the makers bring back the buried and forgotten Sri Lankan Rebel Tamil issue into the main plot. And smartly they also connect the ISI angle to it which has so far never happened in reality. So, the setting keeps shifting from North Sri Lanka to Mumbai to Delhi to Tamil Nadu to London and even France. The plot points seem very real because they are also familiar and are gripping till the end. And if I may add, there is nothing for any section of the society to get outrageous about at all.

As in the 1st season, Raj and Krishna are superbly supported in their making by a stellar cast that includes some familiar stars and not so familiar artists. I have said this before and I say it again. With the advent of web series in OTT platforms, we are now witness to an ocean of talent that is getting discovered. And casting director Mukesh Chhabra and his team are on top of the game to unearth and bring this talent to the fore. So, casting for this season is also top notch. The characters in Tamil Nadu or in Sri Lanka are aptly cast and they speak Tamil mostly. In this season apart from Manoj Bajpayee, Priyamani, Sharib Hashmi who are there from Season – 1, we have some new characters played by actors like Alagamperumal, Ravindra Vijay and Devadarshini who all do a fantastic job.

Manoj Bajpayee continues from where he left. He is just amazing as Srikant Tiwary, a committed secret agent who is conflicted between work and family. Priyamani as his wife and a mother who has to deal with her two growing kids mostly alone while dealing with her inner demons, is just brilliant. You will realise that her characterisation and acting are straight out of real life. But in this season, the guy who impresses the most is Sharib Hashmi who, as the trusted assistant to Bajpayee plays the role with all sincerity and earnestness. The highlight is the camaraderie between Bajpayee and Hashmi which comes out in the scene when Bajpayee meets Hashmi is in hospital.  The season also belongs to Samantha Akkineni who reprises the role of a Sri Lankan rebel/suicide killer. She doesn’t have to speak much but the underlying emotions of anger and ruthlessness are brought out very well through her body language. Probably she could have avoided the excess browny appearance though!

In this season, the writing and the screen play are almost flawless except for some minor hitches here and there. The screen play is very intelligent while the writing is casual and at the same time brings in elements of humour now and then. Watch out for some interesting tongue and cheek humour at the very end of scene cuts.

The making and technique of filming are of the highest order. The chase sequences, in particular the one in Episode 6 are simply breath taking and keep us in the edge. Kudos to the cinematographer, Cameron Eric Bryson who along with the Action director do a remarkable job in the action sequences. The long single shot sequences are brilliantly framed and filmed. The same goes with the background score as well.

As I mentioned, the writing is so seamless and as I said almost flawless. If I have to really do some nit picking, then it will be about how like magic, Srikant Tiwari is able to get vital tips which are almost 100% correct from his Ex-colleague who appears from nowhere whenever he is stuck in a “all doors are closed” situation. The Chellam Sir character is like the genie from Alladdin story!  In between we hear of Priyamani’s imminent visit to London on business but that thread just vanishes without a trace later. The mission of the rebels in the climax is a bit outlandish but the writers try their best to justify and explain why it can be real.  As I said, these are minor issues in an otherwise brilliant sequel.

In this Season, unlike the 1st, all the loops are closed, which I liked. At the end of it all, another completely new chapter is smartly opened which leads us to Season – 3. Having raised the bar is Season – 1, the makers have done a fabulous job of sustaining and probably upping the ante in Season – 2. With that Season – 3 will also be eagerly awaited. I will put this in absolutely Must Watch Category. And if by chance, you haven’t watched Season – 1, I suggest watch that first before coming to Season – 2 to get the threads right.