When I first came to Bombay in 1989, many facets of the city fascinated me. One among them was ‘Dalal Street’. There was a family friend working in the Bombay Stock Exchange and I went to meet him. One of the 1st things I told him was that I wanted to see the “trading ring”. I never understood what was going on there and how they could conduct trading in such a noisy and unorganised manner. Well, that was Dalal Street in the early 90’s – Chaotic, everything manual also a bit exclusive controlled by a few individuals. 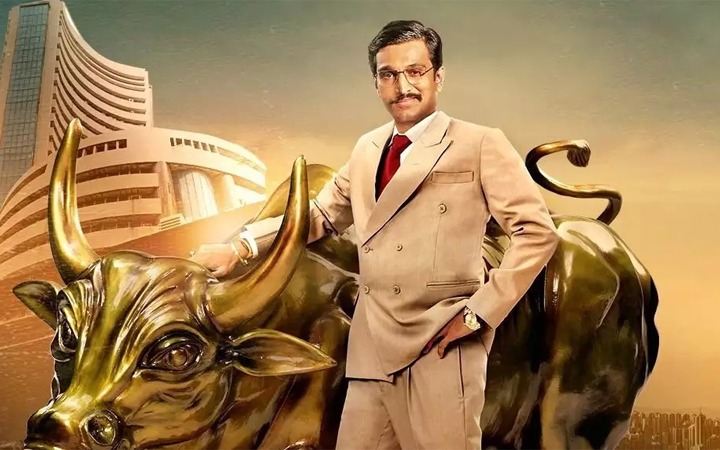 Scam 1992 – The Harshad Mehta Story, a web series adapted from Sucheta Dalal and Debashish Basu’s book “The Scam: Who Won, who Lost” recounts the events leading to the biggest financial scam in India. Having lived in Bombay during that period, memories are vivid of the way the scam was unfolding through the headlines of newspapers those days yet the technicalities of the scam were too complex to understand. Scam 1992 pieces together the events leading up to the scam brilliantly and shows how a clutch of individuals could two time a system which at best was operating on loose guidelines and trust but without much process control.

What starts as a story about how an individual by name Harshad Mehta who took control of first the stock market and then money market, gradually pans out as a story of “Him Vs Them”! In the sense, towards the end, quite a bit of air brushing has been done to make us sympathise with Harshad Mehta by portraying him as being not alone in a rotten system and that he was exposed because he challenged the domination of a privileged club that was controlling the markets. I am not sure if this narrative holds water or true but that’s what the writers have chosen to depict. Harshad Mehta was the first to be crowned as the ‘Big Bull’ in India by the media.

For those in the newer generations, there are many fascinating insights of how things were in those days. We talk of CBI being caged parrots now, but if you see the series one will be baffled to see how a whole CBI investigation was being dictated by a Swami who was close to the corridors of power. The other interesting thing is to see how journalism functioned those days. And how editors stuck to basic journalistic principles of not letting the story go to print without confirmation or proof even when it was compelling enough.  How “sources” operated. And how vested parties “leak” information.

Coming back to the making of the series, first up, the casting is of top order. Not just of the key protagonists like Harshad Mehta, his brother, Sucheta Dalal etc. but even the entire bunch of supporting actors who play key roles at different points. The fact that many of the characters featured in the series are around even now, makes the casting task onerous. But casting director Mukesh Chabbra who is on top of the game in Bollywood now, ensures that we are able to relate to many of the individual characters.

It is very nice to see South Bombay of the early 90’s brought in front of our eyes very realistically. The fiat cars, the colonial buildings like RBI, the Times of India office replete with manual typewriters and of course the Bombay Stock Exchange building are all showcased well, reminiscent of those times.

Pratik Gandhi a leading Gujarati actor, who plays the role of Harshad Mehta may not be even remotely looking like him.  But he brings the soul of the character through his body language, his way of speaking and his inherent ‘Gujjuness’.  The smirk, the wry smile and at times the pleasant demeanour all deliver Harshad Mehta as a package in line with narrative. Irrespective of the turn of events, Pravin displays an unapologetic demeanour for the character which was typical of Harshad Mehta.

Shreya Dhanvathary who acts as the fiery investigative journalist Sucheta Dalal is impressive. She is plucky and portrays the role of a 90’s journo, the ups and downs along the way with elan. And so too are seasoned veterans like Anant Mahadevan, Rajat Kapoor,  Satish Kaushik who don important but shorter roles.

Along with the writers, the director Hansal Mehta does a fine job of giving life to a script which if not handled well could become very technical and boring akin to a documentary. The dialogues peppered with idioms, phrases and proverbs resemble the 80’s Salim Javed films but make the proceedings lively and engaging. Characters speaking Gujarati on and off makes it look very natural. The film ends with the death of Harshad Mehta while in jail. I would have liked it to end with an epilogue showing what the key characters are doing right now. For example it seems Harshad’s brother who was in business with him is now a leading lawyer and still he is fighting his own cases.

Looking back, the years of 1991-93 were really eventful for India. From economic turbulence to the Ayodhya Issue to the Stock Market scam and to the Bombay Bomb blasts, I really wonder how as a country we managed to come out of all these largely unscathed and remained resilient.

The series is ten episodes long and with each episode at 50 – 55 mins, is a long watch. But the proceedings make it a compelling watch.  A one or two episodes a day instead of the dreary IPL matches this season is a good way to catch up with this series, which is what I did.  My recommendation for lovers of current affairs is a “Don’t miss”!

Postscript: I still cannot understand even after watching the film, how shares were sold and bought in that noisy fashion in the trading ring those days.