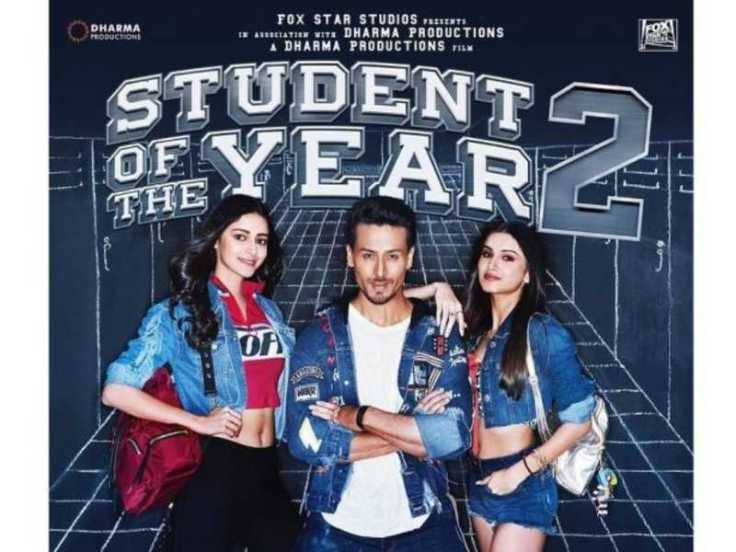 There are films and there are Karan Johar’s films. These include films not necessarily directed by him but bankrolled by KJ even.
In these films, schools and colleges exist in Alice’s wonderland with manicured gardens, picture perfect stadiums and cool Audis. Lead men who are incidentally college students have bodies like Greek Gods and lead ladies their equivalents. Costumes of students are characters by themselves. And students strut around oozing with attitude. Studies be damned and the only things which matter here are silly competitions and Student of the Year Awards.
After the successful SOTY film in the above genre, the sequel is helmed by KJ school’s not so best student – Punit Malhotra who makes a hash of the franchise.

The film is painstakingly predictable with the writing being laboriously bad. The casting of the main students viz Tiger Shroff, Ananya Pandey and Tara Sutaria is the only positive aspect in the film which otherwise meanders in mediocrity even by Karan Johar’s standards. Oh yes, choreography is another positive aspect.
Music by Vishal Sekhar which was feet tap inducing in part 1 disappoints big time. The remix version of the yesteryear hit Yeh Jawani… is the only consolation.
The film is well shot and is eye candy. Tiger Shroff has the best screen presence among the younger heroes in Bollywood but even his earnest effort couldn’t save the film. The last 15 mins of the film seems like some poorly shot promo plug for the next Pro Kabbadi league!!
I only hope that SOTY – 2 doesn’t do too well at the Box office so that we are saved of the spectre of another film in this torturous franchise!